Reclaiming power with women’s self-defence in Belarus and Poland

It’s been a year of uprisings. Some of the boldest have been the women-led social movements in Eastern Europe. Tens of thousands rallied against abortion laws in Poland, while in Belarus women led the way to challenge the falsified presidential election. Ahead of Ulex’s first Self-Defence, Empowerment and Anti-Discrimination Training for women and trans activists, we caught up with two trainers from the region who are supporting others to step up and build their collective power. 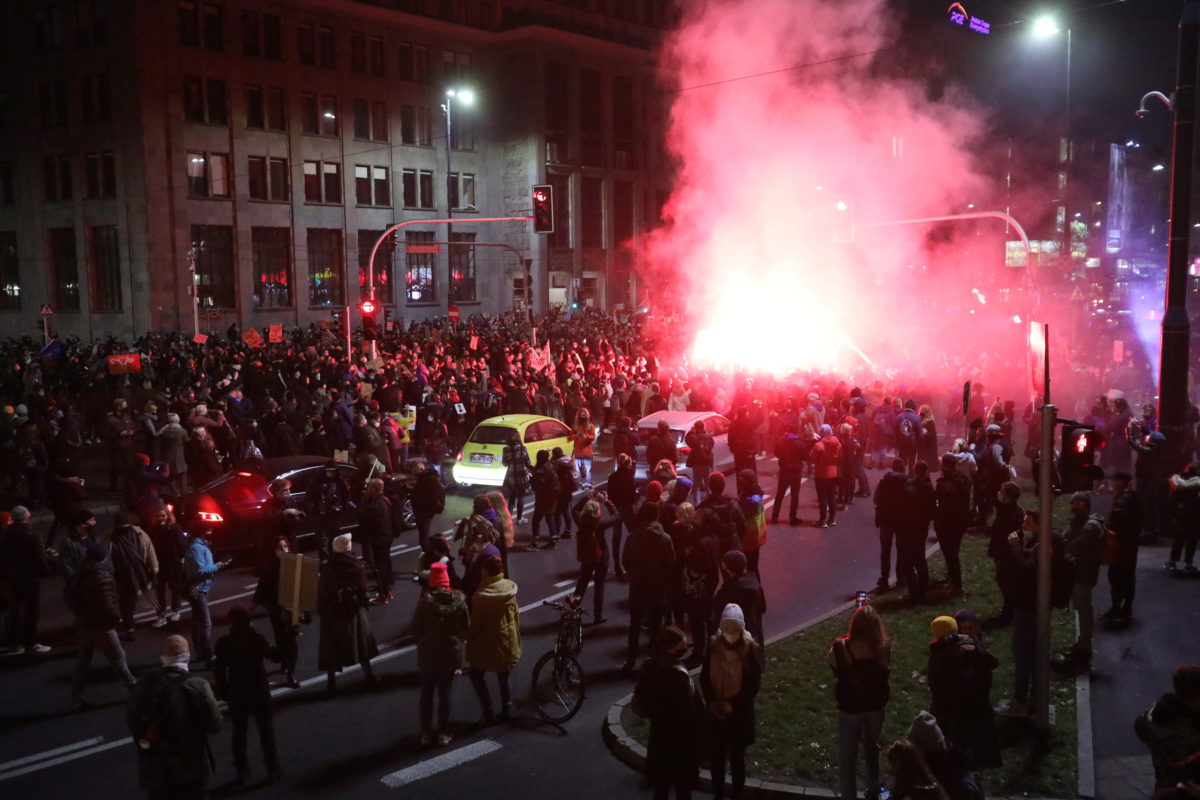 Thousands from the Strajk Kobiet (Women’s Strike) movement have taken to the streets in Poland in 2020.
Credit: Kuba Atys/Agencja Gazeta/via REUTERS

Since the onset of the #metoo movement three years ago, the popularity of women’s self-defence classes has exploded across the world. In Eastern Europe, a network of feminist trainers have been linking the personal empowerment this kind of training brings with a vision of more radical social transformation.

Olga Laniewska spends her free time working with women activists and political prisoners detained for opposing the regime in Belarus, and at weekends she offers Wen-Do self-defence training for women and trans people. Wen-Do originated in Canada, coming out of second wave feminism in the 1970s. It was originally created as a self-defence method to support women with both physical and psychological empowerment. It quickly spread across Western Europe and gained particular popularity in Germany and Poland.

As a certified Wen-Do self-defence trainer, Olga is about to deliver her 100th training. “The Wen-Do workshops are open to anyone who has had the experience of female socialization,” Olga says. “My aim is to bring diverse groups of women together so we can learn from each other and grow stronger beyond barriers and stereotypes.”

Olga first participated in a Wen-Do workshop in 2007 when she was already working as an anti-discrimination trainer and self-defining as feminist. She was excited to learn how tools of self-defence could equip women with practical skills for empowerment, but quickly discovered that the Wen-do methodology was far more comprehensive than a set of physical practices. Her eyes light up when she speaks about the first session and what it revealed. 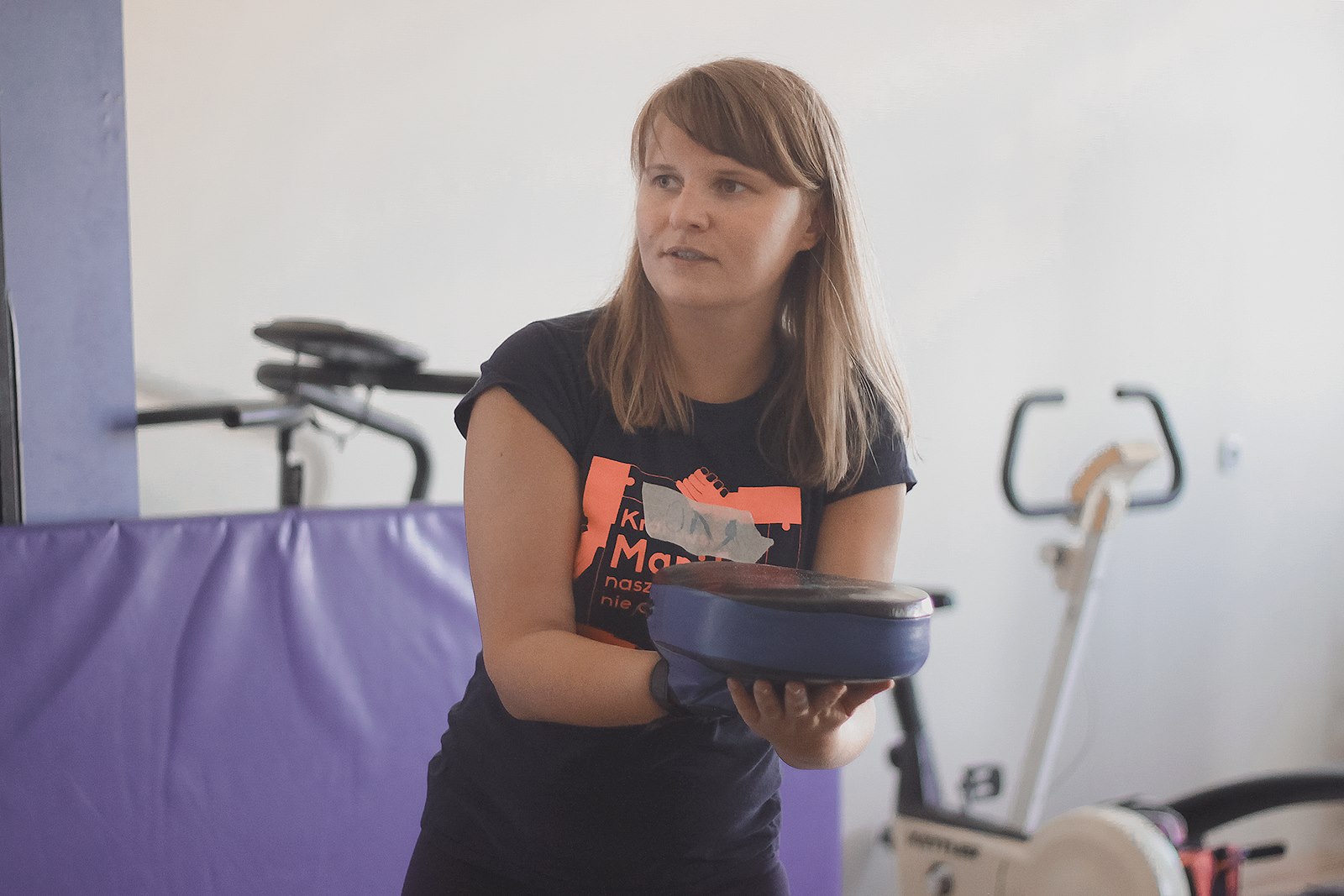 “Right from the beginning Wen-Do showed me that my own sense of personal power was not something I had to ‘gain back’, because it had never gone away. It helped open up my perspective to reclaim what was already there, to experience empowerment in the body, as something which is felt beyond words,” she explains. “More than that, it taught me to recognise that I can be exactly who I want to be as a woman, rather than the person that the broader culture has taught me I need to be, or should be”.

Olga’s revelations are echoed by another trainer who has been bringing the Wen-Do methodology to women and trans people across the region. Kinga Karp also found herself hooked on Wen-Do from her very first session. “It blew my mind, to be honest,” she says “and brought about a total breakthrough in my ways of being in the world, both in my professional work as a psychologist at the time, and in my role as an activist in feminist and environmentalist circles.”

Wen-Do helped Kinga recognise what was getting in her way, the parts of her socialised self which were actively blocking her from stepping into personal power, from expressing her voice, and from asserting important boundaries. Realising it was an essential tool which could help many others, she immediately started training to become an accredited Wen-Do trainer. 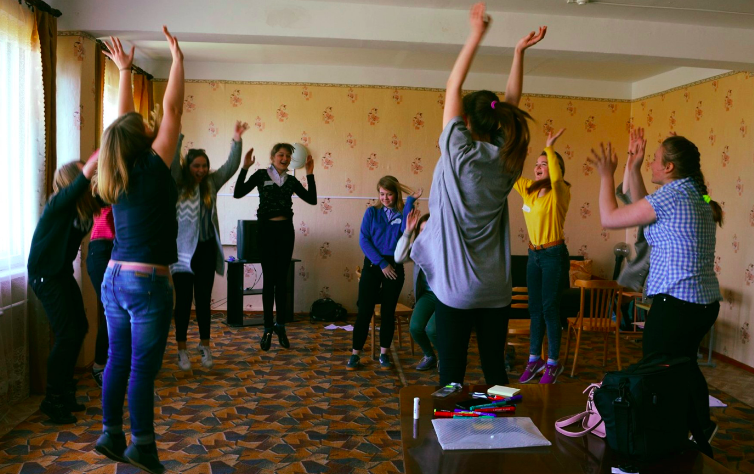 A Wen-Do training includes both psycho-social and physical exercises.

What makes Wen-Do distinct from other methods of self-defence, and what ignited the interest of both Olga and Kinga, is the underlying methodology which addresses three key strands. Firstly, it takes into account the socio-political context which shapes how a particular culture constructs and enforces views around bodies and boundaries; secondly it addresses the psycho-emotional impact of disempowerment and empowerment; and thirdly it equips women with a set of basic physical self-defence techniques, which don’t require extensive or lengthy training in martial arts.

In Kinga’s case she found this ‘whole system’ approach useful in a range of different contexts. It had clear applications in her work as an empowerment coach teaching young girls, as well as more formal settings with NGOs, and even with frontline activist communities directly confronting the State.

When living and working on a protest camp in the Białowieża Forest (Puszcza Białowieska) in 2018, Kinga noticed that many of the local women, whose family members and neighbours worked for the National Forestry company that were logging the primeval forests, were starting to speak up and take action, but needed a space to be opened up so that they could practice and articulate their needs and opinions more confidently amidst the local conflict. Together with a group of activists staying at the camp, Kinga decided to offer some workshops to teach basic self-defence techniques. “It was amazing to see how these local women and girls started referring to themselves for the first time as activists,” she says. “To see them stepping into their own empowerment and their right to defend the land and their right to say no was tremendously powerful.” 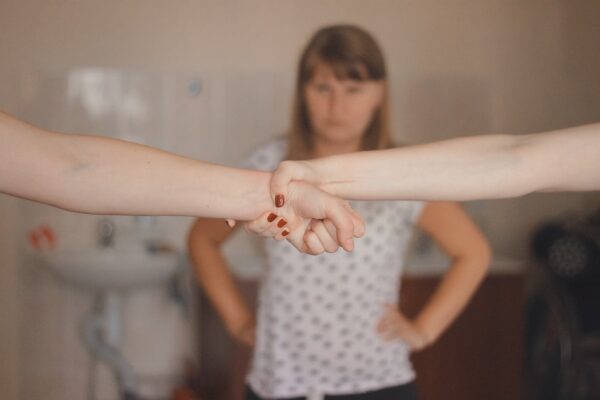 Olga observes two trainees at a self-defence workshop in Belarus.

Within the week-long training that Kinga and two other Wen-Do trainers are developing for Ulex, verbal communication skills will be a core component, with a focus around consent and the power and legitimacy of the voice. Both Olga and Kinga have witnessed how many women or people socialised as women often struggle with verbalising and taking up space. This can play into the favour of attackers who know that women often feel embarrassed to react loudly in public spaces, even when their own safety is under threat. “We’ve heard from people who’ve attended these workshops who for the first time in their lives have learned to say no, and to say so really firmly,” says Kinga. “They’ve had the space to look at how they’re fundamentally expressing themselves, and unpack what’s holding them back.”

Beyond a personal sense of empowerment, due to the explicitly inclusive nature of Wed-Do for people with different capacities, one of the deep benefits is how it brings different women together to build collective solidarity and power.  As Olga says, “Wen-Do teaches us to work with our bodies the way they are, to be appreciative of the abilities and resources we’ve got, rather than seeking to be something more.” 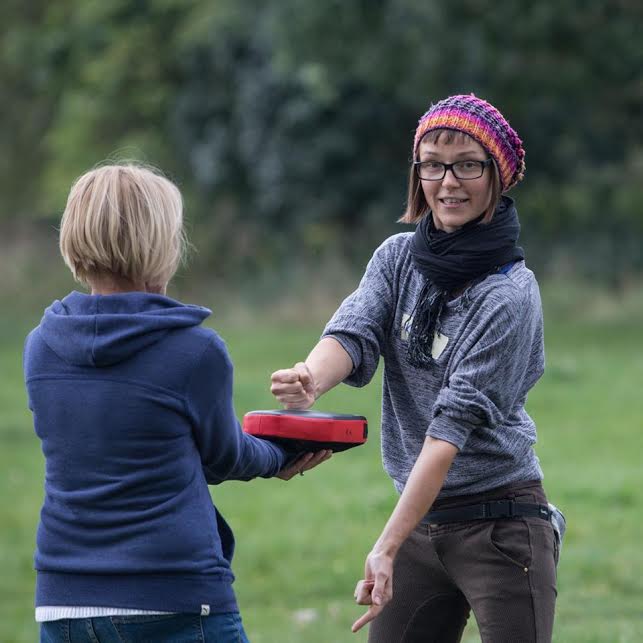 She explains how in Eastern Europe, the norms of what a woman should look like are clearly defined, well maintained and conforming to certain models of beauty. By bringing together women in her workshops from different socio-economic backgrounds – some educated, some non-educated, others with limited mobility –  helps to de-stigmatise non-normative behaviours and builds shared understanding and power. These connections are all the more necessary in light of the protests now erupting across the region.

“With what is happening in Poland and Belarus right now,” says Kinga, ”training such as Wen-Do is really essential. When women are in situations of potential danger we can read the signals and respond, we can reclaim control and active decision-making about how we want to defend our rights and live our lives.”

This aspect, contrary to what most people imagine self-defence training is about, is what Kinga believes is the most important aspect. She says it is not so much about being able to defend yourself, but more so to be able to recognise situations that are potentially dangerous and make fully informed decisions, based on a sense of awareness that has been restored in trusting the body’s intelligence.

Olga goes further: “Wen-Do taught me how to become more aware of what is happening at a somatic level, to be more adept at dealing with conflict and with confrontational situations. It also taught me to love and respect my body just the way that it is, and to reclaim and remember the power that I’ve always had.”

READ ON: Resilience as Resistance: LGBTQI+ Movement Building in the Balkans »»»