A hub of collaboration, the Ulex Project is run by Col·lectiu Eco-Actiu, a non-profit involved in the design and delivery of residential trainings since 2008. The Ulex Project is a fresh initiative building on that experience.

Connectivity is a key to cognitive vitality and learning. Diversity is crucial to resilience and adaptive capacity. We live at a time where social and ecological challenges require a shift from atomised individualism to networks of solidarity. It implies a new collectivity which still honours individuality. It requires cooperation balanced with autonomy. Ulex thrives on connectivity and seeks to be a reference for value based collaboration.

Ulex works with numerous individuals and organisations to design and deliver our training programme. We establish partnerships with organisations across Europe and internationally. We bring diverse groups and individuals together in learning communities. We support organisations, groups, and individuals to foster collaborations, build networks, share experience, and deepen movement resilience through meaningful connection.

People who help us learn, remain responsive, and stay alive to what’s going on.

Groups, networks and organisations who participate in our trainings, disseminate the learning, and apply it in their struggles, campaigns and projects.

Talented and committed people and collectives who keep our educational work creative and effective. 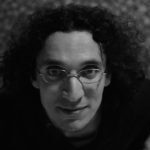 Sinan is an activist of Climáximo, a grassroots climate justice collective in Portugal. He is 35 years old, originally from Izmir, Turkey and holds a PhD in mathematics. He is a climate activist since 2007 when he launched an ecologist group in his university in Istanbul, later migrated to Portugal where he participated in the creation of Climáximo in 2015. He is an organizer, facilitator and an trainer of organizers . He is active in campaigns on just transition and against fossil fuel projects, as well as in international networks for climate justice. He’s helping Ulex with administration of courses over winter and spring. 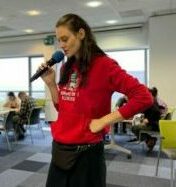 Masha is an economist and architect by education and activist and trainer by calling. They started their activist path in 2012, when they joined Young Greens of Georgia.  Masha was an Executive Committee member of a network of young green organisations CDNEE and later became a project coordinator for them, working developing non formal education events on urbanism, climate, gender, digitisation, ethical food production, migration and Eastern Europe politics and civil society, as well as worked on the strategic aspects of the network and editing a number of publications. Masha is a core member of the Ulex team and is currently co-developing a training program for Eastern European social movements. Masha is interested in politics, languages, arts and yoga. 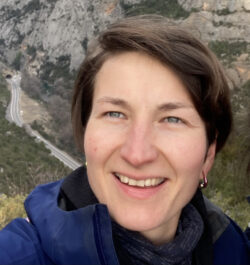 Marina has been active in the animal liberation, environmental and feminist movements for over 15 years. Organiser of many international gatherings, festivals and meetings, in recent years they have shifted more to managing projects for non-profits while still organising with the reproductive justice movement. They are a founding member of Abortion Network Amsterdam as well as a part of the Abortion Without Borders Network and have worked as a project coordinator in numerous LGBTQ+, environmental and feminist non-profits. Marina joined the Ulex Project in 2022 and is a project coordinator for our Erasmus+ programmes. In their spare time they are into sewing and rock climbing. 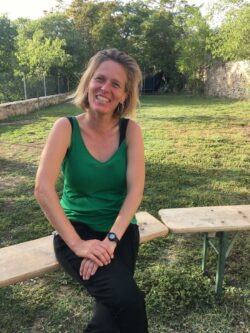 An has more than a decade of experience in facilitating and training groups working on social change. Her great sources of inspiration and educational beacons in doing so are Training for Change and Process Work, in which she followed more than 200 h of training. An is driven by passion for change. She is an empathetic creative who turns ideas into action. A deep understanding of group and power dynamics underpin a motivational and process-oriented approach in teams. As a facilitator, she remains committed to creating ‘brave spaces’ where people can fully express themselves. An’s political anchor points are feminism, anti-oppression work and ecology. 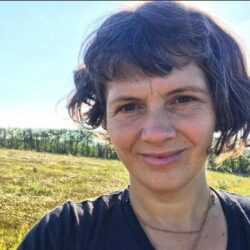 Pru Waldorf has a background in creative media, activist campaigning and communications & grassroots network building & she is the comms lead at ULEX. Pru is excited by the opportunities that digital spaces present for radical inclusion & participation, & feels social movement communities must mobilise around a more robust definition of emancipation in the digital context, decolonizing & reclaiming digital spaces from corporate & capitalist entities & using them to build connection & collective capacity.  Pru is a consultant with the Re-Alliance Coalition & one of the creators of the refugeesolidaritysummit.org She is a trauma informed Yoga teacher & facilitates Yoga & meditation with activist communities; sharing tools for grounding,  cultivating personal & collective care & self regulation. 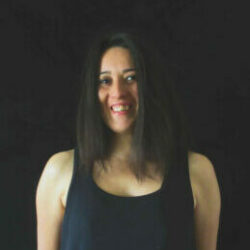 Hilal Demir, a cook, an artist and a DJ at home. A nonviolent trainer, facilitator for 20 + years with lots of experience on nonviolence and related topics such as organizing, conflict management , nonviolent action, understanding power, resilience, strategy etc. She is passionate about leading informal learning experiences, community organizing, group dynamics and supporting activists and organizations to build long lasting healthy social movements for a just future. As a nonviolent queer-feminist activist she has been instrumental in creating organizations and groups in Turkey committed to spreading nonviolent culture. 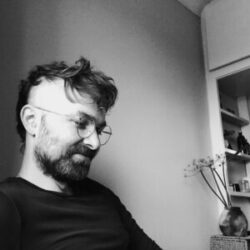 Drew joined originally relocated from London to Catalunya in 2012 to join the intentional community serving the Ulex Project. Since then he has supported the team in a variety of capacities, including project coordination, digital design, volunteer support and events coordination. In 2020, Drew relocated to the UK and is now part of the Ulex admin support team as well as continuing his role as digital designer. 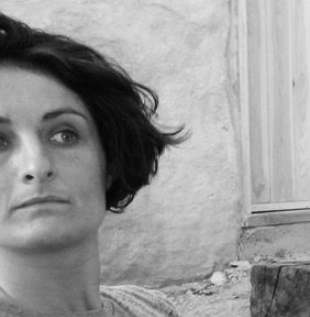 Alex has been designing and facilitating training, geared towards social and personal transformation, for almost a decade. They have been part of building long term programs for sustainable activism and psycho-social resilience which have informed Ulex’s work, and coordinated multiple international projects to support propagating this work throughout Europe. Their commitment to social justice and history of activism have involved them in direct action and affinity group work focused on climate justice, anti-capitalism, queer politics and gender identity. As part of the Ulex team, they are involved in project coordination, resource development and course facilitation. 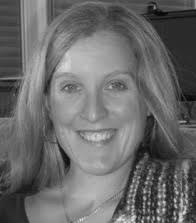 Lou’s background in academia and sociological research supports her ongoing passion for  documenting and communicating Ulex’s extensive body of work around burnout and trauma in the activist field. As a trainer and designer for the Resourcing Resilience, Working with Trauma training, Lou is currently training in somatic methods of working with trauma, tension, stress and overwhelm which she applies to her research work and embodiment practice.  In addition, Lou is currently the Ulex coordinator of an international project developing resources and training material for the newly emerging field of migrant solidarity resilience work. 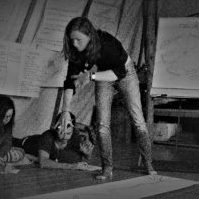 Ella brings 10 years’ experience working with not for profit organisations across diverse themes including: advocacy for migrant communities; local community engagement in national policy making; and structural relationships between poverty and disenfranchisement.  As Project Coordinator for Ulex since 2016 her work bridges facilitation, developing project partnerships, governance, strategy, and project and programme evaluation.  She has coordinated more than 30 partnerships with a range of different actors across European social movements. 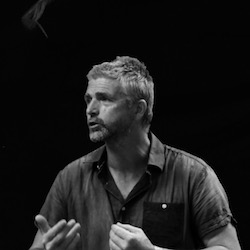 G has been involved in social movement organising and education since the late 1980’s. He is a highly regarded trainer and has designed numerous training programmes covering areas such as psychosocial resilience in activism, the ecology of social movements, and leaderful organising. As a founding member of the Ulex Project, he is known for highly innovative work blending pedagogical methodologies. This holistic approach to activist learning has inspired numerous training initiatives across Europe. He currently steers the strategic development of the Ulex Project and its social movement capacity building programme. Neus has been passionate about education since she was 8 years old and went dumpster diving in teachers’ recycling bins for worksheets to help other students learn at break-time. She moved from Castellon to Scotland to study Community Education, with a focus on youth work and adult education, where she co-founded The New Leaf Co-op, a successful workers’ co-op in Edinburgh. Whilst there Neus developed her understanding of how productivity meets good working conditions meets overturning the food system meets resourcing the commons with resilient and democratically managed capital. This passion now underpins her project coordination role at Ulex. 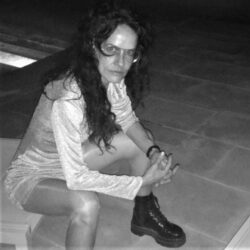 Carol Marin Alvarez has been a core member of the collective at the heart of the Ulex Project for over 15 years. Living and working as a member of the collective has given her key on-the-ground perspectives and extensive hands-on experience. With a degree in Philosophy and a post-graduate degree in Humanities from the University of Barcelona, Carol’s passion encompasses the connections between psychological drivers and socio-political transformation. Her exploration of the historical socio-political conditions in Spain and beyond, and fascination with the recent developments in the Spanish left, informs her passion for building bridges between social movements and methods for intervening in institutional politics. She currently gives attention to the dangers of the growing far right and opportunities for strategic links between grassroots organising and institutional formations. 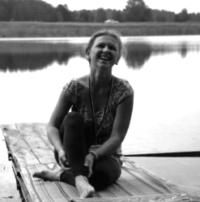 Katusha’s social change practice started with zero waste grassroots initiatives in Russia, developing these into a regional project integrating citizens initiatives, local authorities, and international networks. Through the path of her own activist burnout journey Katusha discovered how somatic practices, mindfulness and nature connection  could provide resilience and resourcing.  She brings this experience along with skills of international collaboration and municipal level organising to her role as project coordinator at Ulex. 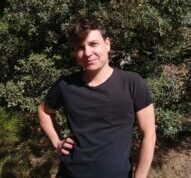 Ilaj is an experienced trainer, mostly holding space for collective exploration of the topics of burnout, weathering repression, navigating trauma and cultivating solidarity in social movements. Ilaj is project lead for Ulex’s LGBTQI+ psycho-social resilience and holistic security programme. Before committing full time to Ulex, Ilaj was involved in various grassroots social movements, mostly in Eastern and Southern Europe. Ilaj is also a feminist self defence and assertiveness trainer and they are passionate about working with body awareness as a radical means of deconstructing internalized systems of oppression. Ilaj is a member of the Ulex core team. 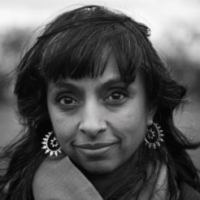 Sheila has been involved in activism and campaigning for social change for about a decade, organising and facilitating with grassroots groups and NGOs, primarily in the UK climate movement. In the lead up to COP21, in 2015, she was part of forming a European network mobilising for grassroots action on climate justice. In more recent years she has been more focussed on developing anti-oppression training, to support the need for greater intersectional thinking in all movements in order to not recreate systemic racism and social inequality.  After a year working in the Ulex core team, Sheila is now leading a project to build capacity to support training for BIPoC activists, and to develop a Ulex training programme exclusively for BIPoC participants.

Lou’s background in academia and sociological research supports her ongoing passion for  documenting and communicating Ulex’s extensive body of work around burnout and trauma in the activist field. As a trainer and designer for the Resourcing Resilience, Working with Trauma training, Lou is currently training in somatic methods of working with trauma, tension, stress and overwhelm which she applies to her research work and embodiment practice.  In addition, Lou is currently the Ulex coordinator of an international project developing resources and training material for the newly emerging field of migrant solidarity resilience work.

1. A thorny-evergreen flowering shrub, with a high capacity for regeneration and resilience. Its seedpods open in contact with fire and it reshoots from charred stumps. A successionary plant that grows well under challenging conditions. It improves soil fertility through nitrogen fixing, preparing the way for renewed biodiversity.

2. A traditional choice for igniting fires. Burns hot and bright.

3. A networked project adding nutrition and fertility to European social movements through training and capacity building. It kindles the realisation of social justice, ecological intelligence, and cognitive vitality.