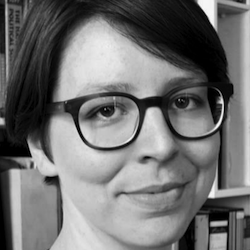 Dr Priska Daphi is research associate at the Institute for Political Science in Berlin. She directs the BMBF-funded project Protest and Memory: How Contemporary Protests in Germany Relate to the ‘long 1960s’ in West and East-Germany – the German project of the international ERA.Net RUS Plus Project LIVINGMEMORIES  (7th Framework Programme of the EU). Furthermore, she works on the project No Alternatives? Protest in the Alter-Globalisation Movement between Opposition and Dissidence (funded by the German Research Foundation). During summer term 2015 Priska was Humboldt-fellow (Feodor Lynen Research Fellowship) at the European University Institute (Robert Schuman Centre for Advanced Studies, Centre on Social Movement Studies). She holds a PhD in Sociology from the Humboldt-University Berlin, a MSc in Political Sociology from the London School of Economics and Political Science, and a BA from the University of Maastricht. Her PhD was funded by a scholarship of the German National Academic Foundation (Studienstiftung des deutschen Volkes). Priska Daphi is a founding member of the Institute for Protest and Social Movement Studies in Berlin (IPB). She is spokesperson of the Working Group on Social Movements (Arbeitskreis Soziale Bewegungen) at the German Political Science Association and board member of the Research Committee Social Class and Social Movements (RC47), International Sociological Association (ISA).