At a time when the only way to think beyond the horizon of capitalism seems to be dystopian fantasy, Laurence Cox points us to the power of collective agency to re-vision and contest our future. This extract is from his forthcoming book, Why Social Movements Matter, which will be published by Rowman and Littlefield International in July 2018.

Why Social Movements Matter reminds us how the struggles and imagination of past generations have shaped our world. It encourages us to join with others to find creative responses to the stacked-up crises of our times – and to embody, within our struggles, the values of the world we want to bring forth. But it also engages with the complexity of social change, the disappointments and betrayals that face movements as they interact with the wider socio-political systems they are part of. The accessible style draws us into rigorous reflection on the tensions between movements and political institutions, the meaning of ‘the left’ today, and the interplay between collective agency and social structures. Never ducking the challenges involved, Cox inspires us towards the building of counter-power and the creative potential that lies in “learning from each other’s struggles”.

Laurence is a member of the Ulex Project advisory group and is a member of the facilitation team on our Ecology of Social Movements course in June. He co-directs the MA on Community Education, Equality and Social Activism at Maynooth University in Ireland and runs a PhD-level programme of participatory action research in social movement practice. In 2014 he co-edited the volume Understanding European Social Movements.

The unqualified phrase “the left” is beloved of subeditors for precisely the same reason as it is useless to help us think. In a subtitle, “The left must…” or “The problem with the left…” works well precisely because it is a fudge, an empty signifier into which everyone can read whatever suits them best. It should be fairly obvious that in most countries today, and especially in the US and UK, there is no “real” meaning of the left in (to put it baldly) the Marxist terms of concrete political organisation. Nobody would seriously argue that we have a present-day equivalent of the French Revolution’s Assemblée in which one could identify those deputies sitting on one side of the room and radically opposed to the power of church and king as “the left”.

Instead, there is a constant practical question: if within society (whether within parliaments or opinion columns) there are forces which can be said to represent that same general tendency but in our present circumstances, what are they? There is therefore an argument, firstly, as to what we include on the left. If we grant – as we usually do since the later 19th century – that it must include not only radical-democratic but also socialist (in the sense of anti-capitalist) visions of the future, do we also grant that feminism, anti-racism, LGBTQI, disability activism and so on belong there in the same way despite their conservative wings? After all, there are also right-wing radical democrats, conservative trade unionists and one-nation socialists etc 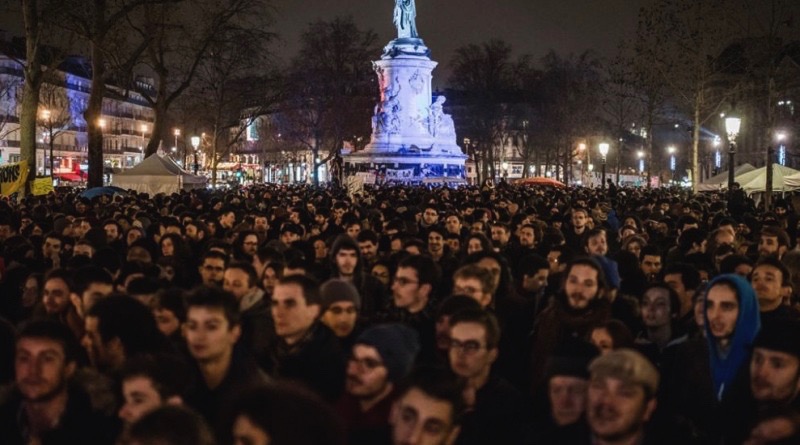 Secondly, do we feel that “the left” necessarily relates to a particular force in society – or even, is it defined by such a relationship? Marx was wary of the term socialism in 1848 precisely because it represented a programme of the radical middle class. More specifically, does the left have to have concrete social points of reference (working-class people, women, ethnic and racial minorities and so on, who are often the same people in practice) – and, more threateningly for the neoliberal centre-left and a certain kind of radical intellectual – does it have to have some structures of democracy, participation, accountability, dialogue, collaboration and so on that structures this relationship? In other words, is “the left” in whatever form a transcription into some more public articulation of social movements? Or does it stand in glorious isolation from these?

Thirdly, where does this left exist in society? In the early 21st century it rarely exists in parliaments – not so much because of active repression in most countries (despite some vicious exceptions like Turkey and Russia) but rather because we have returned to the late 19th century situation where the left may have some relationship with liberal forces in the official public sphere but largely exists outside of these. Certainly we cannot talk of “the left” in a parliamentary sense in anything like the way one could even 50 years ago, on the eve of 1968.

In fact – as the preceding discussion has hopefully shown – some of the liveliest debates are not really about the political vision of the left, or even about the proposition that the left should have some kind of active and two-way relationship with popular actors, but rather about what organisational forms best express this, today. This debate, I would suggest as a student of social movements, will be won in practice by those who develop the most effective and sustainable organisational forms for the conditions people are actually trying to organise under, rather than by those who argue loudest (and often against all the evidence) for the universal suitability of their particular model.

TWO DIMENSIONS OF THE LEFT

We can think about this in two ways. Firstly, from a historical point of view, “the left” as it exists at any concrete point in time represents something like an archaeological sediment of movement history, a combination of more or less fossilised forms that once helped to shake empires and force capital to organise redistribution and provide welfare, as well as many individual elements of this history – particularly individual intellectuals, theoretical traditions, periodicals and small institutions – which have taken on a life of their own, for good or ill. (As with language and culture, so too in any political tradition we often practice and justify given ways of doing things as an identity marker, with little real idea of where they have come from.) 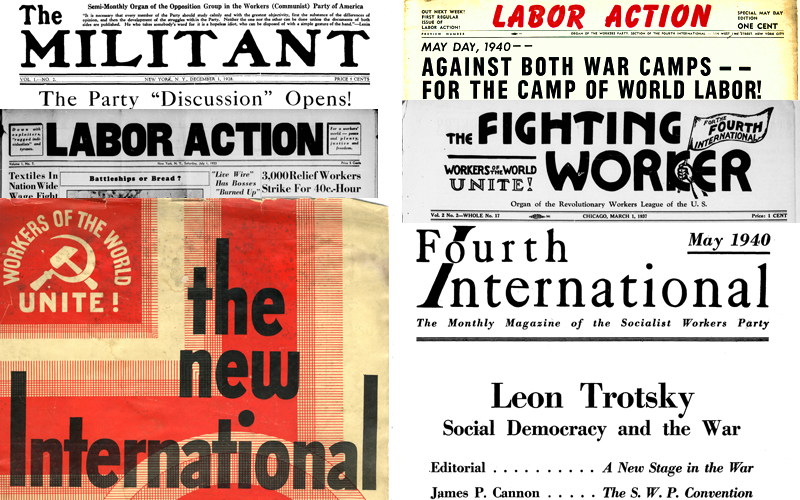 The left is thus only in part made up of people who have entered the left from movements. It equally includes people who have entered this left directly, in its discrete forms (today often via social media or the university), and are only aware of its roots in this longer movement history to the extent that they learn about it through sectarian circuits, reproducing the many blind spots particular to that specific tradition. This is one important reason why many people think of “the left” as a sort of Platonic entity, existing prior to and even against actual popular agency.

Secondly, however, what gives “the left” real life is that in one way or another it includes – although it is by no means restricted to – the best of many movements. Many people, having become involved in movements, come to see a wider picture and come to feel the need for some form of theory, organisation and vision which goes beyond that particular experience and connects multiple struggles – over time, across space, and between different social groups and conflicts.

This is, incidentally, the vision Marx presented for his imaginary communist party (faction) in 1848: a coming-together of the most determined, most insightful, and most strategically-minded activists from the struggles of the day. Similar visions have been conjured up by many since: from Gramsci’s idea of the party enabling the proto-hegemonic alliance between the most conscious elements of urban workers, the rural poor and for that matter intellectuals (under working-class leadership); to some of the best radical left and left-green visions after 1968 of a “social movement party”. To mention these different histories is at once to indicate a sense of the common challenge, but also the vast differences that lie between them. 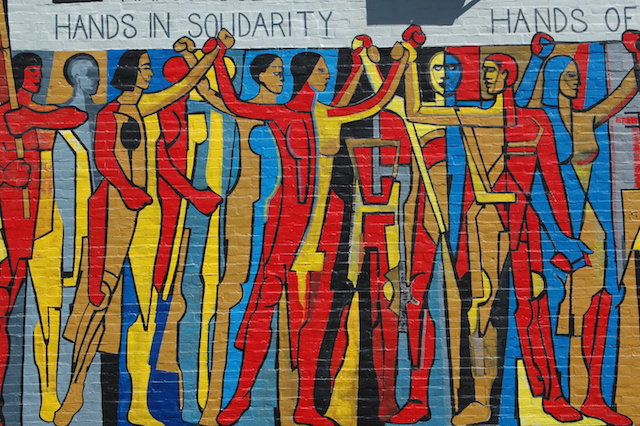 It is also worth noting that this “party” role can be carried out within an anti-authoritarian framework, geared to the coming-together of grassroots struggles which do not seek to have a common line or electoral programme, but rather seek to find what could be called their “highest common denominator” in the same process of mutual radicalisation that goes together with movement development in general. As in the 19th century or under conditions of clandestinity, it is important not to fetishise electoral politics or ideology as defining what a “party” is.

From a Marxist point of view, as I have argued elsewhere, the real question is not whether “the party” is a good or bad thing for movements in the abstract, separate from any consideration of the level of movement development or the concrete organisational nature of a specific party. Rather, a party is a good thing for movement development precisely to the extent that it actively contributes towards connecting previously separate struggles, bringing large sections of these movements with it in a real process of deepening political consciousness in ways that arise organically out of movements’ own needs and learning processes, and in this way helping what Lukács called “the point of view of totality”, of the whole social order, to become visible and contested in ways that are connected to real social agency rather than an abstract idea.

This is the programme which I and others have articulated as one of “learning from each other’s struggles”: one in which the basic position is not one of a separate elite judging popular movements and approaching them in an instrumental way, but rather one of activists involved in different ways in the many different learning processes that go on in social movements, who come to understand their own needs, struggles and visions more clearly in the encounter with each other.

For members of “the left” who do not come from this process, the challenge – if they are serious about actual popular agency and do not just seek organisational reproduction as a goal in itself – is to engage in this dialogue constructively and, if they have nothing specific to offer in terms of their own social experiences and struggles, to help transmit learning from other generations and other places in ways which help to build links of solidarity and to deepen strategic thinking. 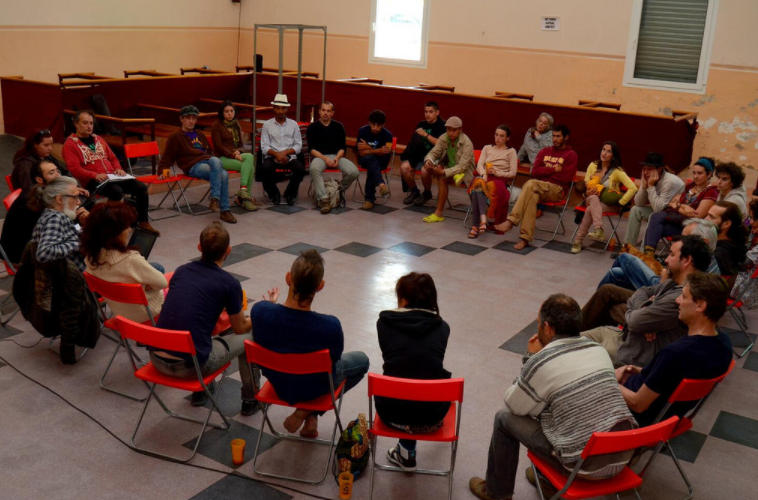 Movement activists often need this learning and understanding, when it is presented as part of a dialogue of equals and a contribution to their own struggles. If people do not have a personal, family or community background in struggle it can be a huge effort to reinvent the wheel, whether in terms of tactics and strategies, making links beyond an individual issue or beyond a single place, and perhaps most fundamentally seeing the structural and interest blockages that stand in the way of genuine systematic change. The necessary arguments over the boundaries of a movement and its relationship to other movements – the development of a bigger picture and deeper alliances or the choice to ally with elites in return for limited local concessions – are shaped by this learning. The left has much to offer in this context.

Why Social Movements Matter,  will be published by Rowman and Littlefield International in July 2018.