Solidarity Networks and Leaning into Wisdom Beyond Trauma

Tens of thousands of refuge-seekers continue to die preventable deaths at sea, and in the absence of State support, volunteer solidarity networks are providing infrastructure and vital care. To support their work, Ulex recently teamed up with organisations working in Greece, Italy, and Spain to develop resources for enhancing psychosocial resilience in migrant solidarity activism. Lindsay Alderton speaks with one of the core team, Caoimhe Butterly, about finding hope amidst despair.

As an educator and trainee psychotherapist with over 20 years of experience working with refugee and displaced communities in places such as Palestine, Lebanon, Syria, Iraq, Mexico, Haiti and the EU, Caoimhe Butterly brings an understanding of the complexities of both international solidarity work and psycho-social resilience.

Woven into the fabric of Caoimhe’s life are countless stories of tremendously tenacious people forced to leave their homes and make perilous journeys towards the hope of safe refuge. Interwoven are parallel stories of the activists and volunteers who have chosen to undertake solidarity work alongside them.

Since 2015, tens of thousands of people have mobilised within an international activist response movement which has been referred to as one of the largest since the Second World War. With initial basic training and limited support, people have stepped into roles providing emergency aid, conducting search and rescue missions, developing infrastructure and community support services, and launching innumerous legal battles to ensure displaced people gain their rights to freedom, alongside the practical necessities for living lives of dignity.

“The scale of the work can be quite relentless,” Caoimhe says, “and in the vacuum of State support and common absence of large humanitarian organisations on the ground, volunteers often end up assuming multiple roles. For solidarity workers, particularly those who speak relevant languages, this means a volume of often under-resourced case work that if you were working as a social worker in different circumstances there might be serious questions around safe-guarding and duty of care.” 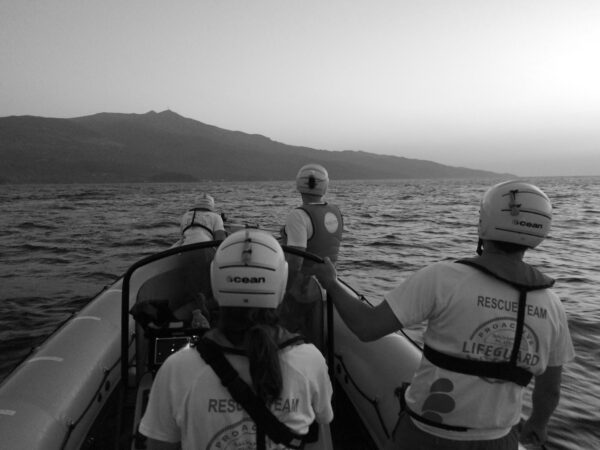 Despite the intense nature of the work, Caoimhe’s capacity to stay engaged over the years has remained anchored in a personal sense of political commitment, alongside deep care and respect for the people whose lives she accompanies. These relationships have opened up her understanding to the different dimensions of what attuned solidarity work means.

Nadia is a Yazidi survivor of the Islamic State’s genocidal attacks on Sinjar who Caoimhe first met when she was working in a containment camp on Lesbos, in 2015. Twenty-three members of Nadia’s family were killed by ISIS, with three older brothers executed in front of her. Nadia was kidnapped and assaulted over the months before she escaped. The fate of her sister, Leila, a wheelchair user and student who was taken away in the back of a truck, remains unknown, but with her name tattooed across her arm, Nadia remains hopeful one day of a reunion.

Part of the relationship between Caoimhe and Nadia initially hinged upon the technicalities of advocacy work, of trying to catalyse access to legal supports and the vital mental health support that Nadia, and particularly her youngest son, needed. But the psycho-social element of the work shifted to a different level when Caoimhe tried to give Nadia some funds raised for her ongoing support, along with a bracelet taken from her wrist, at the time of Caoihme leaving the camp.

“The state of what can be experienced as a shaming enforced dependency is often the thing that breaks people even more than the trauma of the situations they have fled from,” Caoimhe says, “and I could see the shame Nadia felt about taking the solidarity funds. I saw how dignity eroding the gesture was.”

But when Caoimhe presented her with the bracelet as a gift – “sister to sister” – something else entered the relational dynamic between the two women – a visceral grief for the loss of Leila, Nadia’s actual sister.

“Nadia wept, and we held each other. I tried initially, in that holding, to be present with what I know of trauma, and resourcing, grounding and regulating. And then there was the part that just flowed into the rawness of that grief within her. A lot of the relational solidarity work is that – just being present as a friend, a comrade, a sister – to the loss so many survivors are navigating, as well as witness to their profound bravery and tenacity.” 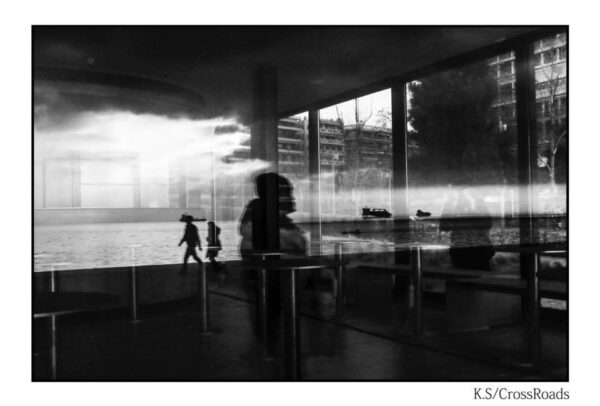 With the complexity and intensity of such encounters, alongside witnessing mass casualty events at sea, the abysmally poor living conditions of the camps, and the ongoing state-enforced violence towards highly vulnerable people, it is perhaps no wonder that many volunteers return home from the camps overwhelmed and burnt out.

Without a common language to process or articulate what they have witnessed, feelings of frustration, despair and grief set in, sometimes exacerbated further by a lack of available community with shared lived experience. Whereas within the camps there is a sense of community which in itself can act as a kind of buffer, on returning home the absence is glaring.

To address this, in 2019 Caoimhe joined an international project team – entitled Working for a Better World – with Comhlamh in Ireland, Action Aid Hellas in Greece, CESIE from Italy, and the Ulex Project. Together over a two-year period they have been developing a set of tools and resources to strengthen the psycho-social resilience of people working within solidarity networks. The project began with a series of focus groups and interviews with people recently returned from the frontlines.

“We spoke with medics from Medicine Sans Frontier and personnel involved with Search and Rescue missions,” says Caoimhe, “people regularly involved in first-hand traumatic witness events – this means resuscitating toddlers, saving and losing people at sea. Solidarity work in these circumstances involves being highly primed often without respite to a continually high state of physiological activation. Because when a ship is going down you have to be ready to go.”

On returning to their homes sometimes weeks after leaving the camps, workers revealed that they had very often remained in these states of activation, grappling with feelings of overwhelm at the injustice they’d experienced. Key to transitioning back into stability were peer-to-peer debriefs, expressed in the focus groups as being significantly more valuable than many of the structural psycho-social or psychological supports often offered by institutions. Along with the debriefs were a need for places of boundaried and safe containment, where feelings could be processed, integrated, metabolised and examined.

In light of these findings and further research, the Working for a Better World project team has been designing peer-to-peer resources and support structures, along with a training manual for grassroots organisers with experience of working directly with refugees, and refugee-led organisations. It is within these latter formations that Caoimhe finds most hope for the future. 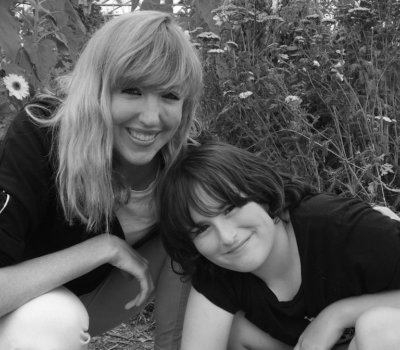 Caoimhe and her son Tadha

“The most powerful movements for migrant justice and beyond borders are those that are refugee, undocumented and asylum-seeker-led freedom movements,” she says, “and I look to these young leaders, these first, second and third generations of young organisers, as a reference point for what accountable, intersectional, emancipatory, decolonised, anti-racism and solidarity work looks like. They bring the inter-generational wisdom and trauma of the journey, but also the creativity of reframing it, subverting it, problematising it, re-storying it – with courage and care.”

“By refusing to be defined by dichotomies of either vulnerability or resilience, they acknowledge these and multiple levels to their lived experience. They ask what does it mean to be conscious in a world of injustice, and how to hold pain in the face of suffering? In showing the way to lean into the grief they are finding the resourcing and power within it.”

Breathe: This One Precious Life: article, published by Hot Press, 8 May 2020