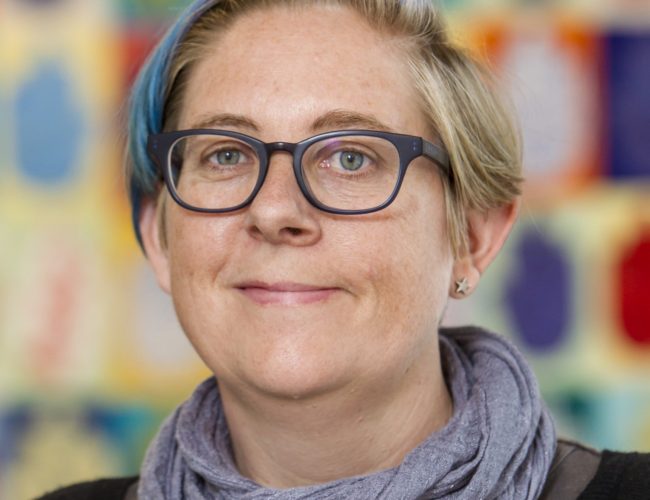 Coming from a family of librarians,  with grandparents who emigrated from the UK to set up the first Western Australian State Library system, Holly Hammond’s love of books runs deep in her blood. Fresh from co-hosting the International Gathering of Activist Educators at Ulex, we caught up with the founder of Plan to Win about her new role curating the Commons Social Change Library.

Where did the idea for a social change library come from Holly and what are your hopes for the project?

The idea is pretty simple; we want to make it easy for amazing strategies, tools and resources to get into the hands of people who will use them to make their social change work more effective. In doing so we can increase efficiency across social movements, and make it possible for winning strategies to be easily shared across countries, movements and contexts.

We want to make it possible to transmit information that might broaden the field of what’s possible for people, and share examples of really awesome new tactics and approaches that can be tried out. Ultimately what we really want is to see people being more powerful and working more effectively together by making sure they have access to needed skills, tools and information.

The collection is free for anyone who has an internet connection. All the materials are there to download. At the current count we have almost 500 resources and we’re working with a range of different movement groups and organisations to expand on topics all the time.

Coming from a lineage of librarians this sounds like a perfect job for you.

To be honest, to begin with I was a little bit sceptical. Like as if we really need yet another website! But then during the initial consultation it really became clear that there were some good places that people returned to over and over again but that they weren’t very accessible. It was taking people way too much time to find things. We also heard that people increasingly rely on crowdsourcing information via the ‘hivemind’ on Facebook etc – every time that happens some great stuff gets churned up but then it disappears again because it doesn’t have a place to land.  We also heard that people who were primarily searching with Google were being massively overwhelmed by too much data, and not knowing where to start.

So the consultation identified a need for a place where stuff could be collected in one place, themed in such a way that it was easy to find, and also for a curating role that a librarian could play so that we could give people a bit of a guided pathway to a variety of materials.

What’s an example of how the library has helped with a campaign?

When we recently had our federal election here in Australia, many groups afterwards were feeling really demoralised, with lots of in-fighting and division of strategy – and this was an opportunity for us to pull a bunch of group building resources together and share them out with a range of groups, offering tried and tested resources to help them get through this difficult time.

Another example of how the library was able to help was with the recent school strikes around climate. We have a small part-time team, two librarians, one of whom is a social movement historian, and he pulled together an article that identified the history of school strikes in Australia so that we could share with the young strikers this history of amazing radical activism that school kids have been doing for centuries.

There was also some shocking police brutality at a recent climate blockade and we were able to distribute helpful resources on activist trauma that were widely shared and gratefully received.

How do you decide what to include and what not to include? And how is information moderated?

Our collections are mostly focussed on the craft of social change rather than opinion. So it’s practical stuff, including tools and strategies for effective campaigning. We’re purposely quite broad on what’s included, reflecting different theories of change, and with an emphasis on supporting a range of different social change roles that people play, from grassroots organisers and digital folks through to communications people, paid and unpaid, and big NGOs. We’re aiming to provide a whole range of resources to meet those diverse needs.

We’re also focussed on who our audience is. Some of the people going to the site are really new to social change work, and need introductory materials. And then we’ve also got seasoned changemakers who are after innovation and greater detail.  People are also hungry for stories so a big focus for us is case-studies and opportunities for people to share the lessons they’ve learned. We’ll keep prioritising that as we go along. 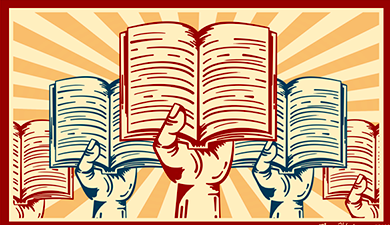 What’s coming up next?

Next year we’ll begin a volunteer programme to train up people in different parts of Australia, and from a mix of social movements. They’ll act as conduits in their communities, the go-to people that work with a particular community on their needs, and then work with us to track that information down. We’re building those networks now, signing people up to our newsletters, and getting social media follows, and although it’s still very much in the early stages, with much more outreach to be done, we’re pretty excited about the possibilities.

A range of free resources can currently be found at the Commons Library across these key areas:

READ ON: The Power of Activist Education»»»